"Big-80" is an implementation of a TRS-80 Model 1 in an FPGA.  This post describes the keyboard controller which processes keys through 4 simple but distinct stages.

The TRS-80 maps keyboard switch states into a range of memory addresses which when read, have particular bits set for particular keys.

The Mimas V2 FPGA board that I'm using for this project doesn't have a way to directly connect a keyboard, however a Digilent Pmod PS2 makes it fairly simple to add one.

For this project, the FPGA communicates with the PS2 keyboard and maps the generated events into the memory mapped bits expected by the TRS-80.

The PS2 interface uses a bi-directional serial communication interface.  Only keyboard input is needed for this projects so it's treated as omni-directional interface (there's no need to write to the keyboard to set key repeat rates or control the indicator LED states).

Each transmission is a single byte enclosed in an 11 bit packet consisting of a '0' start bit, the 8 data bits (MSB first), a parity bit and a '1' stop bit. The parity bit is odd parity - meaning that between it and the 8 data bits the total number of 1 bits is odd.

The PS2Input component (source code) implements the listener for the PS2 protocol, first pushing the received bits through an 11-bit shift register.

Instead of counting 11 bits and risking getting out of sync, the end of each packet is detected by monitoring for the clock signal becoming idle and the last 11 received bits are used. It's considered idle when there is no activity for the period of one full clock cycle.  Since the PS2 clock is typically between 10 and 17 KHz the longest possible clock period is 100us.

Once the idle period is detected, an outgoing "data available" signal is asserted for one system clock cycle along with an error flag if there was a parity mismatch.

So what are the actual bytes that the keyboard sends? The protocol is pretty simple:

The PCKeyboardDecoder component (source code) receives incoming bytes from the PS2 keyboard and generates key events that indicate the scan code, an extended key code flag, a key release flag and a flag indicating that data is available.

The right most 2 digits show the hex scan code, the left most digit displays "1" if it's an extended key code and any key release event clears the display back to "000".

In order to implement the TRS-80's memory mapped keyboard , the current state of every relevant key key needs to be known:

From this key state array the state of all 64 of the TRS-80's key switches can now be generated using simple combinatorial logic.  This is mostly a one-to-one mapping, but not quite. For example the left and right shift keys are tracked separately, but if either is pressed then the TRS-80 shift key is reported as pressed.

This is all done by the Trs80KeySwitches component (source code).

This mapping will get more complicated when I implement "typing mode" (see below).

The table below shows how each key is mapped in the TRS-80 keyboard memory map.  For example while the B key is pressed, the byte read from address 0x3801 will have bit 2 set.

Also, the addresses can be ORed together to read multiple rows at once.  eg: if you OR together 0x3801 and 0x3804 and read from address 0x3805 and either B or R was pressed, then the returned byte will have bit 2 set.

To test the entire keyboard decoding and mapping I created a project (source code) that uses the 8 DIP switches on the Mimas V2 to select the address lines and the 8 segment LED strip to show what's returned for that memory address.

Then it was just a matter of going through every key and making sure they were all mapped correctly, like this:

Currently I've only implemented a topographical key mapping where each TRS-80 key is mapped to a similar position on the PC keyboard.  This works well when the physical layout is important (perhaps games where keys are used for navigation), but not so well for typing.

For example, the shifted numbers on the TRS-80 keyboard produces mostly different characters to what's shown on a PC keyboard.

I'll definitely address this at some point because it's really hard to remember how to type all those characters, but for now it's good enough.

Stay tuned, implementing a virtual cassette player is next.

Building a virtual TRS-80 cassette player that reads binary .cas files from an SD card and renders an audio stream representing a tape recording of that data. 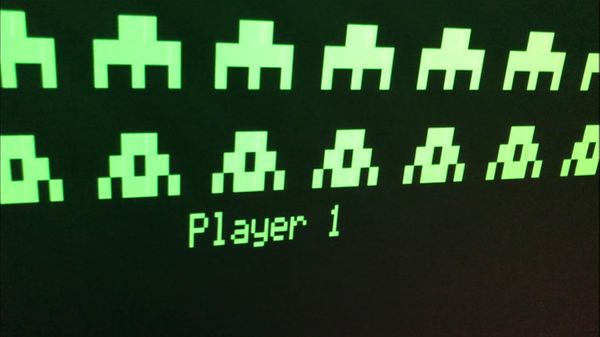